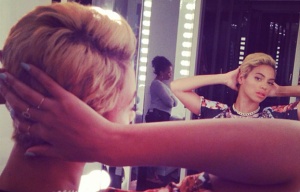 Beyoncé shows her fans her new hair cut on Instagram.

No, it’s not a wig. Everyone, and I mean everyone is going gaga over Beyoncé’s new haircut with some speculating that it is a wig, and she would never shear her long locks. Well, she did and I like it. It is a little difficult to see the long hair gone after seeing her with it for, well, since day one. But honestly, it was time for a change and after the fan incident, it makes sense. 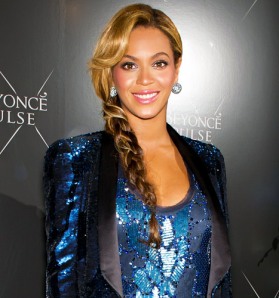 Beyonce with a Princess Braid before cutting of her long locks.

The reviews are mixed with some thinking she should have left well enough alone and others loving it and swearing that Beyoncé, has empowered women with the blond pixie cut (Really???) that longtime hairstylist Neal Farinah of the Neal Farinah Salon created. I don’t know about empowering others with a hair cut, but Emma Watson tweeted her approval as well as her own restraint. 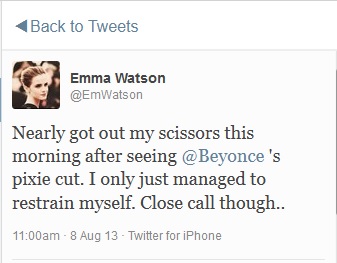 What do you think? Do you love it? Do you feel empowered? Couldn’t care less?