Project Runway Teams: What Do You Think Of The New Format? 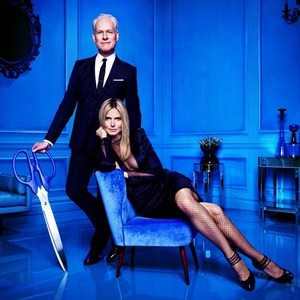 I was already upset because Anthony Ryan won the second season of Project Runway All Stars instead of Uli or Emilio, and already put-off about Zac Posen replacing Michael Kors as a judge (not that I don’t like Zac, it takes a moment to warm up to change) because Kors has scheduling conflicts. Then, I see Zac and Tim Gunn on Good Morning America announcing that the designers are going to be working in teams. I am not excited about this format at all because it doesn’t give the viewer a chance to get to know the designers as individuals. I don’t remember any designer in the past 10 seasons of Project Runway getting excited over team challenges and the entire season is nothing but teamwork. So at a time when I would normally be getting very excited about a new season, I am anything but.

I can’t imagine the designers liked the twist either, as they are coming on the show to show what they can do and express their point of view, not worry about creating something that must be inclusive of others work and opinions as well. I don’t think that any of the past designers have worked with others and most creative types, (writers included) prefer to work by themselves.

The decision to make every challenge a team challenge this season stems from Heidi wanting the designers to work in a realistic environment. Apparently, successful designers do work with others. I don’t know why I thought that it was a one man/woman show where the designer delegates and the others fall in line. In an ideal world right?

The 16 contestants are divided into two teams, “Dream Team” and “Keeping It Real”. Moving on…

I was prepared to dislike the new format but Emily, who started the episode patting herself on the back and belittling others, sent down the ugliest creation in the western hemisphere. I don’t even know if you can call it an outfit and the judges apparently agreed because they sent her packing. I tried real hard to feel sorry for her but I couldn’t because she deserved to go home based on her attitude alone. There is no “i” in team, but there is an “i” in bitch. Bye, bye. 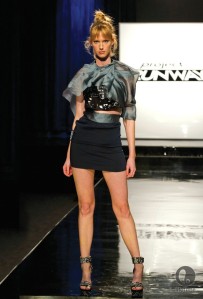 The Loser (The pictures don’t do this monstrosity justice) 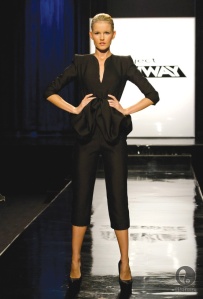 There is some real talent of course, (Daniel Esquivel won the challenge) and everyone is super-nice now, but there is bound to be some drama stitched in the midst of creation and runway. After all, they are competing for a 2013 Lexus GS 350, a spread in Marie Claire, a technology suite worth $50,000 from HP and Intel, and the opportunity to design an exclusive collection for Lord & Taylor. With all of that on the line and the pressure of having to work with others, this season might not be as bad as I thought.

← How to Make Nail Art Last Longer
Love of beauty … →

3 Comments on “Project Runway Teams: What Do You Think Of The New Format?”